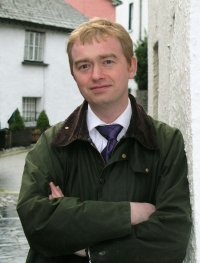 Tim Farron has set about ending the Liberal Democrats’ lack diversity at the top of the party – by naming the most diverse shadow cabinet team in the party’s history to lead the party’s fightback.

The new Lib Dem leader announced a spokesperson team including 12 women and 10 men to lead the fight back against the Tory government. Tim also chose a team from both inside Parliament and out, from across the United Kingdom, and from people who served in Government and those who didn’t.

On making the announcement Tim said: “I am delighted to be able to announce my team of party spokespeople.  The team I am announcing today is the Liberal voice that Britain desperately needs. It features some of the best campaigners that the party has, balanced with the experience and economic credibility that our party has developed over the last five years in government.

“It was important to me to be able to call on the advice and experience of people at all levels of our party and I believe we have an excellent team to lead the Lib Dem fight back. Together, we will take our ideas, our values and our liberal messages to every corner of Britain. We will make the case for housing, immigration, Europe, environmentalism and human rights.”

The full spokesperson team is: